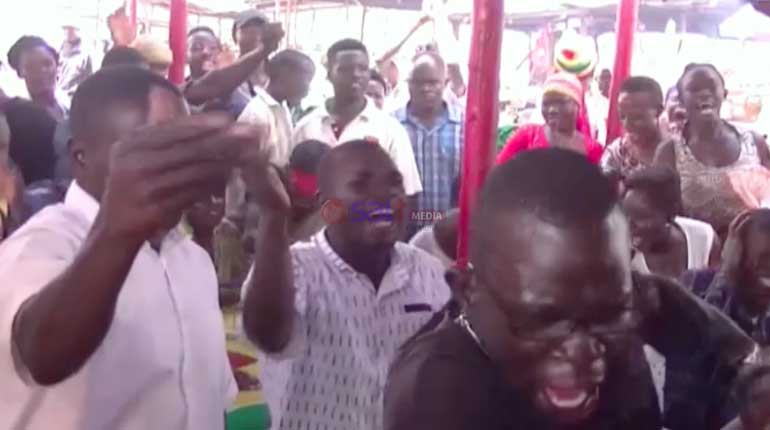 Fishermen-UPDF Gathering Turn Into A fight

The port bell landing site fishermen gathering turned into a fight where they had met to select a committee to work together with the UPDF to fight illegal fishing methods.

What sparked off the quarrel was the re-electing of hajji Umar whom they accused of harassing them while he was still on the former committee, however dropping him aside excited the members.

Boogere Hassan the chairperson of the fishermen at this landing site, highlighted that problem of illegal fishing is escalating on the landing site, therefore, electing the committee to work alongside the army would help to save the situation.

Tulinawe Willy the L.C II explained to the members the purpose of selecting the committee. In the same way, he urged the fishermen to avoid netting immature fish because it causes great loss to the business and the nation.

Lance Corporal Masereka Willington from UPDF cautioned the fishermen to avoid the use of all forbidden tools in the industry and urged them to be cooperative.