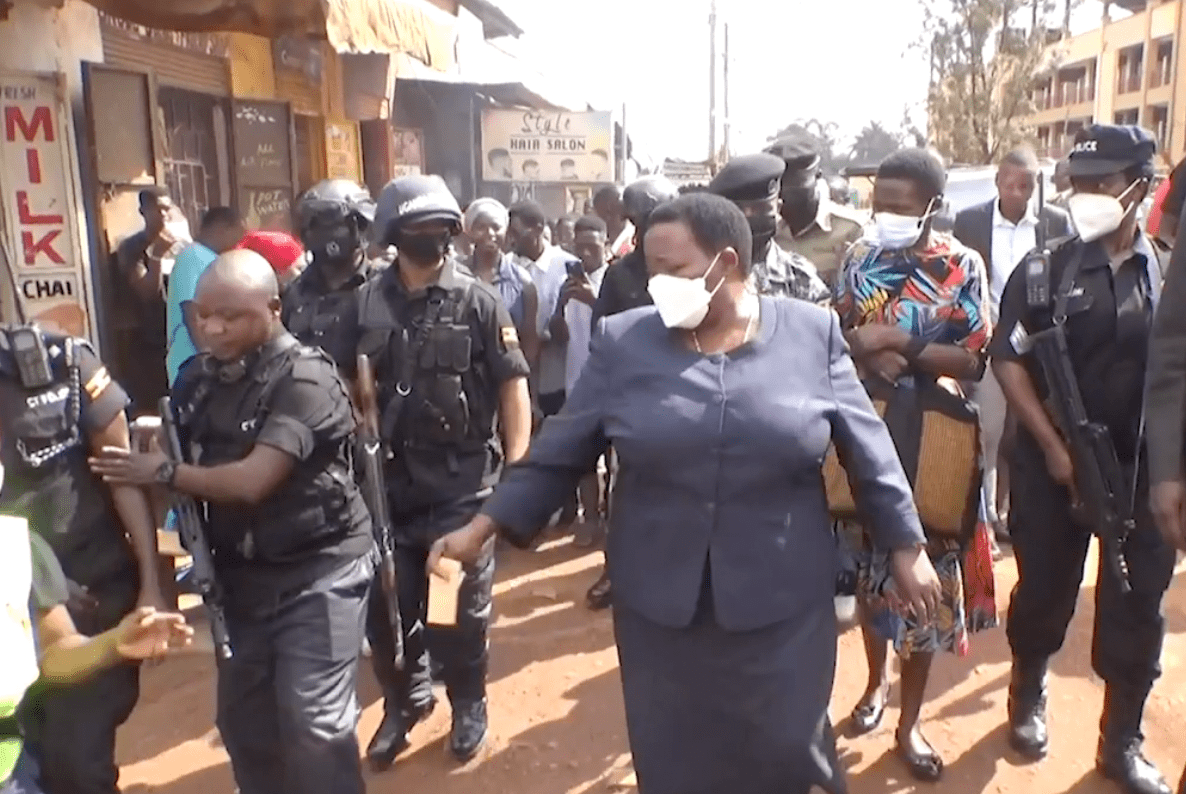 No compensation to the Busega traders facing demolition

The traders around the Busega market in Kampala are demanding compensation from the government.

The prime minister on Wednesday refused to open the market due to irregularities and gave the developers two months to rectify the mistakes.
In her speech, Prime Minister Nabbanja ordered KCCA to demolish all those who settled on the market land.
Today we reached out to them and they said that the government should give them the money in order to leave it within the short period of 60 days.

Kazibwe Mulushid, their chairman, said he has more than 400 who paid big sums of money twhich they are about to loose.

Deputy RCC in charge of Lubaga, Anderson Burora laughed at the claimants and told them they knew they were settling on the government’s property and warned on the upcoming  demolition.
The market is being built by the government with the aim of getting people off the roads in Busega and to ease traffic congestion.