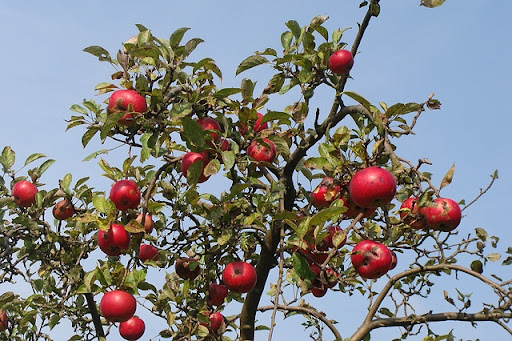 The deputy resident district commissioner Joshua Masereka has warned all extension workers in the district against poor performance.

This as apple farmers continues to battle deadly pests and diseases.

He made this communication at a training of apple farmers and extension workers in Busara village, Muhokya Sub-county in Kasese district.

As apple farmers continue to decry pests and diseases, which in the long run affect the harvests, extension workers have been pinned for not doing their work to the maximum.

It is from these grounds that the deputy Resident district commissioner sounded a warning to the extension workers against shoddy work.

The deputy resident district commissioner Kasese district, Joshua Masereka, condemned the extension workers in the district for failing to execute their duties in guiding farmers on how to improve their apple gardens said whoever will not perform very well will be crossfired

According to Kimadi John the Chairperson of Kasese Apple growers association, the low yields farmers have in Kasese district caused by the poor performance of extension officers.

He added that pests and disease are eating up their apples, adding that if extension workers fail to intervene immediately to teach farmers how to prevent them they are likely to lose everything.

Saboni Jonson Mwesigye the senior agricultural officer said the extension workers have been performing but not up to the expectation of the farmers, adding that they’re going to put more effort to make sure they reach more farmers.

According to Hajati Grace Kazigate Fatumah a member of NAADS secretariat, during the assessment that was contacted in April on the performance indicted that extension workers luck skills.

Hajati Grace said this forced them to come back on the ground to dress the challenges, adding that they expect all the farmers to have been rehabilitated their gardens in a period of six months.

Denis Ashaba a member of NARO advised apple farmers to use local methods of preventing pests and diseases than waiting for the government.