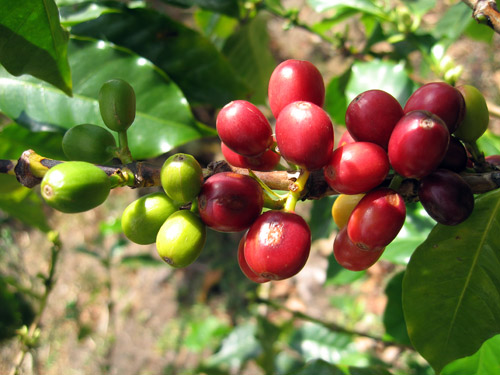 As a way of improving the quality of coffee in the Rwenzori region, farmers have been encouraged to go organic on their farms.

This was communicated by Kyakora Masereka Longino the Coordinator Organic Denmark and Esfroma in the Rwenzori region during the dissemination of National organic Agricultural policy which was introduced under the Ministry of Agriculture last year.

Three weeks back the Uganda coffee development authority closed over one hundred coffee stores and over thirty coffee processing factories in kasese district due to producing poor quality coffee.

Longino says if a farmer applies locally produced manure from his farm, it would help improve the quality of coffee which in return fetches him or her good prices.

He recommended the Government for introducing the new policy which he said will increase prices of products that are organically produced in the country.

Julius Rukara the Kasese district Agricultural officer says that they are working hand in hand with Uganda coffee development authority to ensure that the policy reaches all farmers in every village to improve coffee production and good quality.

He condemned farmers, middlemen and also at the factory level for championing the detracting of coffee by mixing in unwanted materials which practice he said kills the market both locally and internationally.

Thembo Charles, a coffee farmer from Nyakabingo II parish in Kasese Municipality, also advised his fellow farmers to have a heart of ownership of their coffee farms for better management.

Bwambale Mathina from Bukonzo West County in Kasese district also said good prices of coffee can be realized if farm discipline is enhanced by a farmer.

The meeting which was held in Kasese town, attracted over fifty extension workers from the districts of Kasese, Bundibugyo, Kabarole , Kyegegwa, Kamwenge, and Ntoroko.