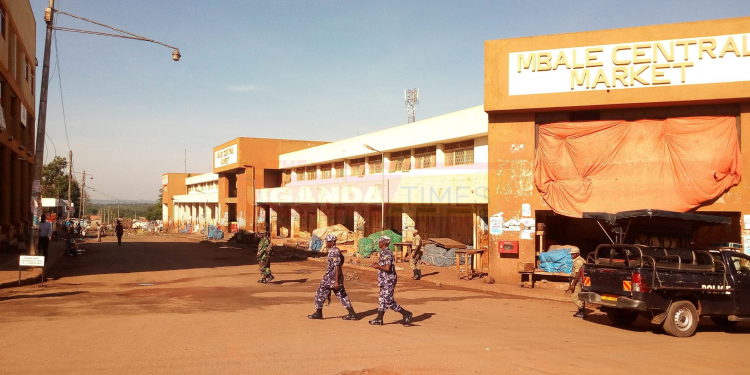 Vendors operating from Mbale central market in Mbale city have raised their concern over uncollected rubbish for now three weeks.

Bahilu Wamundu fresh food seller operating in Mbale central market says, those refuse has affected them in terms of bad smelling and flies which have scared customers who would have come to buy their merchandises .

He adds, their lives are in danger because they may contract cholera and other related diseases from there since fresh and food vendors are operating near.

Samuel Masaba  a vendor adds on several occasions  they have tried to alert Mbale city authorities the rubbish  but no positive  responsible  up to day.

Muhamed Wataba the chairperson of fresh foods vendors at Mbale central market also says that they are tired of always hearing excuses from Mbale city authorities claiming that there only one wheel load in the entire city is down mechanically yet lives of vendors are in danger.

He also urged the city authorities to hair trucks and takes away the rubbish as they wait to rectify the wheel loader unless he will organise his fellow vendors and hold peace full demonstration.

However James Kutosi the public relation officer of Mbale city has called for calm to vendors saying that the problem of uncollected rubbish is general in the entire town but not at Mbale central market only.

He adds that mechanics are currently working on the wheel loader saying that in two days rubbish will be removed in the entire rubbish to dumping sit.