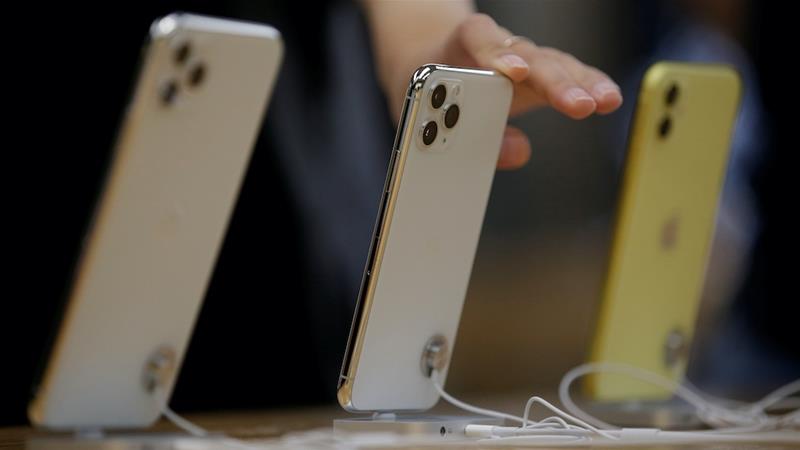 Apple Inc on Thursday delivered blowout quarterly results, reporting year-on-year revenue gains across every category and in every geography as consumers working and learning from home during the COVID-19 pandemic turned to its products and services.

The report topped Wall Street expectations, with even some long-overshadowed categories like iPads and Macs getting fresh boosts. Shares rose five percent in extended trading after the results.

The results, which included iPhone sales some $4bn above analysts' expectations, came on the same day that the United States Bureau of Economic Analysis reported that gross domestic product collapsed at a 32.9 percent annualised rate last quarter - marking the nation's worst economic performance since the Great Depression of the 1920s.

With 60 percent of sales coming from international markets, the Cupertino, California-based company posted iPhone revenues of $26.42bn, $4bn above analysts' expectations of $22.37bn, according to IBES data from Refinitiv.

In an interview with Reuters news agency, CEO Tim Cook said that after disruptions in April, sales began to pick back up in May and June, helped by what he called a "strong" launch for the $399 iPhone SE introduced in April.

"I think the economic stimulus that was in place - and I'm not just focused on the US, but more broadly - was a help," Cook told Reuters.

The results underscore that Apple offers devices and services that customers flocked to despite stores reclosing in some US markets. Apple posted rising sales for accessories such as AirPods and services such as the App Store.

The continued growth in services and accessories also showed the durability of the company's brand, which has prompted investors to view it as a comparative safe haven and pushed up share prices since March.