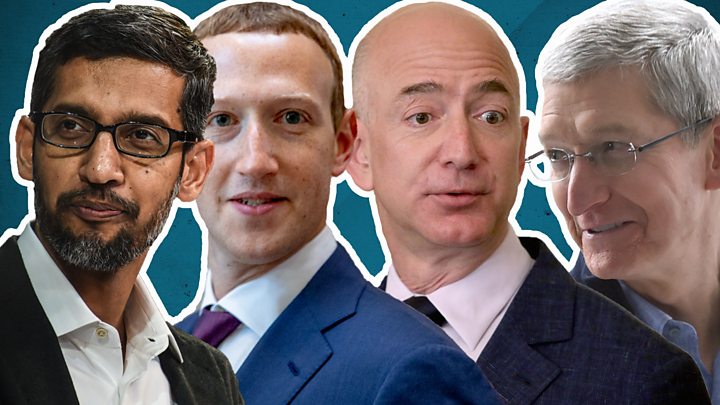 The heads of some of the world's biggest tech companies have appeared before Washington lawmakers to defend their firms against claims they abuse their power to quash competitors.

The appearance comes as lawmakers consider tougher regulation and competition probes are under way.

Some critics want the firms broken up.

Democrats pressed the tech titans on competition issues, while Republicans were more concerned about how they managed information and whether they were marginalising conservative views.

Congressman David Cicilline, the Democrat leading the congressional committee holding the hearing, said a year-long investigation by lawmakers had showed the online platforms had "wielded their power in destructive, harmful ways in order to expand".

He said he was convinced the firms were monopolies and called for action.

"Some need to be broken up and all need to be properly regulated," he said at the end of more than five hours of testimony.

Facebook's Mark Zuckerberg, Amazon's Jeff Bezos, Sundar Pichai of Google, and Tim Cook of Apple insisted they had done nothing illegal and stressed the American roots and values of their firms.