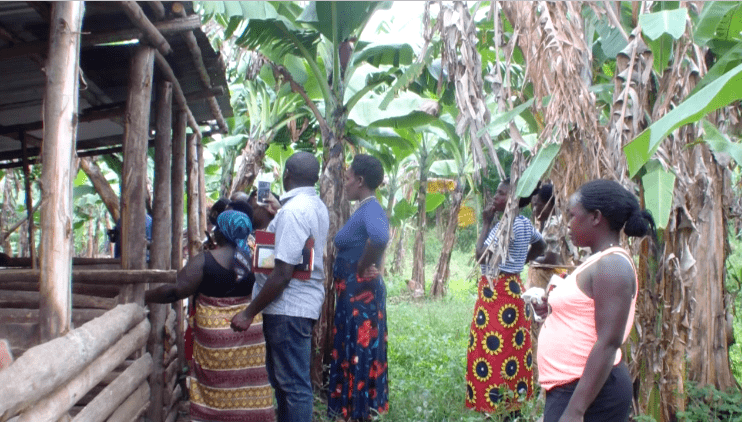 Kabarole district leaders have embarked on the supervision and monitoring of Uganda Women Entrepreneurship Program (UWEP) projects to ensure recovery of funds despite the Covid 19 lock down and its effects.

UWEP is an initiative by the Government of the Republic of Uganda to improve women’s access to financial services, equip them with the skills for enterprise growth, value addition and marketing of their products and services. The women are availed with interest-free revolving credit to initiate or strengthen their enterprises.

During the inspection, senior community development officer Kabarole Madam Mbabazi Beth said that despite the covid-19 effects these groups will have to pay back the funds so that 22 other groups on pending can also benefit from government programs.

She revealed that the district received 585m shillings and so far has supported 93 groups and 22 groups are pending and 192m shillings returned back.

She said that they gave these groups a leave of three months since lock down started but now the president has eased on lock down as markets are open so they need to pay back the money.

But the beneficiaries disclosed that Covid 19 has greatly impacted on them and since March this year they have not been operating meaning that there was no income generation.

Tumwebaze Safina chairperson Kiraro hand craft group said that lock down locked their products outside the country which they sent in the market up to now no response.

She asked leaders to create more markets for their products both internally and externally so as to increase their household income.

Basemera Kellen and Kayezu prossy of Kiceru catering group added that since weddings and public gatherings they have not been working so the government at least should give them one year to recover their money and give them grants.

However, members of Mweri women piggery group revealed that they need more funds to increase their capital so the government should first wait by giving them leave to first save for their capital then recover the funds later.

The city resident commissioner Fort Portal City Asiimwe Steven asked the UWEP beneficiaries to double their efforts, focus on the local markets since the president has eased the lock down.

Nabimanya Nathan DISO Kabarole observed that despite the challenges faced during this covid lock down the beneficiaries should encourage embracing UWEP programs so as to move out of poverty.