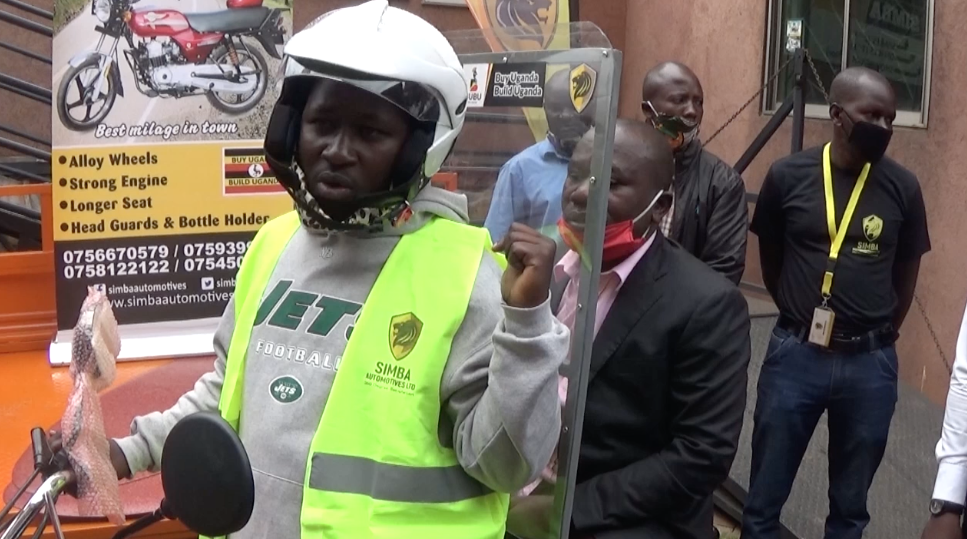 The city motorcycle riders while in Kamwokya a Kampala suburb came out to oppose the registration system resembling one imposed on the taxis even though some of them have agreed to abide by the rules.

The government through the ministry of Kampala intervened in the work of preparing a transport system in Kampala city including the motorcycles even though some have opposed it saying that that they are not allowing any one to make impose unfavorable laws on them.

These say that the government should at least first consult them especially the leaders on different stages; they expressed their dissatisfaction over being left out at this time of lockdown due to COVID-19. 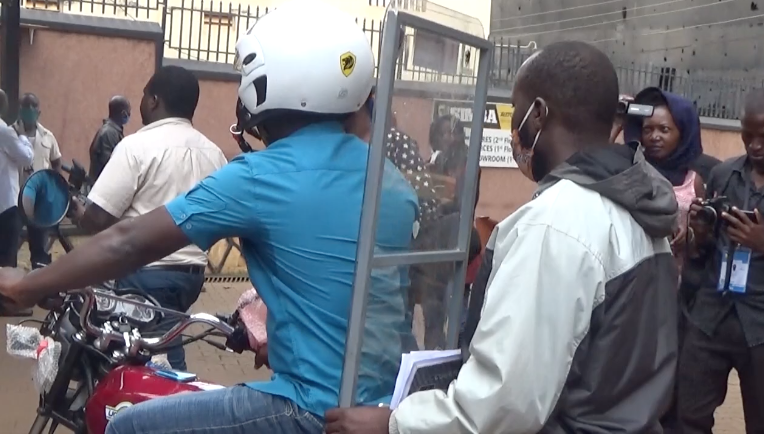 These have come up with smart invention hoping to convince the government, the cyclists have decided to put a glass partitioning between the rider and the passenger to avoid spreading the COVID-19 from either the passenger or the rider.

This system has been termed or called Uganda boss the motorcycle riders said that with this measure it hard to spread or catch the virus and they do their work.

The team Behind the innovation led by Nakakawa Mary  said that they came up with these creative ideas to help the motorcyclists do their work despite the fear of COVID-19.