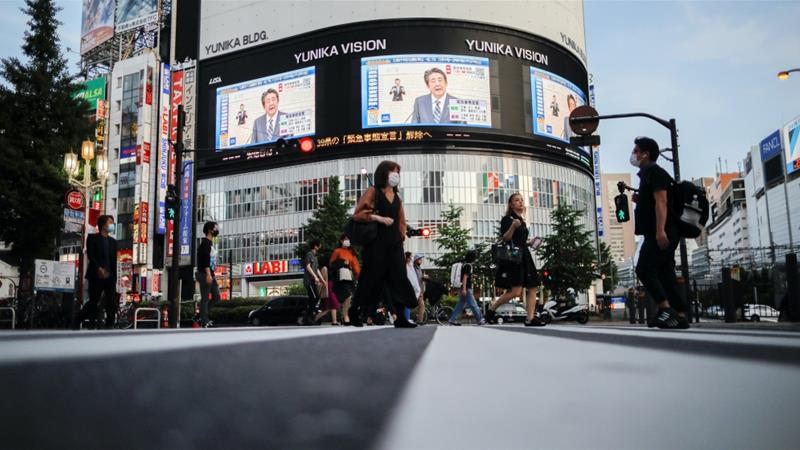 Japan's economy slipped into recession for the first time in four-and-a-half years, putting the nation on course for its deepest post-war slump as the coronavirus crisis ravages businesses and consumers.

Monday's first-quarter gross domestic product (GDP) data underlined the broadening effect of the outbreak, with exports plunging the most since the devastating March 2011 earthquake as global lockdowns and supply chain disruptions hit shipments of Japanese goods.

Analysts warn of an even bleaker picture for the current quarter as consumption crumbled after the government in April requested citizens to stay home and businesses to close, intensifying the challenge for policymakers battling a once-in-a-century pandemic.

"It's near certainty the economy suffered an even deeper decline in the current quarter," said Yuichi Kodama, chief economist at Meiji Yasuda Research Institute. "Japan has entered a full-blown recession."

The world's third-largest economy contracted by an annualised 3.4 percent in the first quarter, preliminary official GDP data showed, less than a median market forecast for a 4.6 percent drop.

The slump came on top of an even steeper 7.3 percent decline in the October to December period, with the consecutive quarters of contraction meeting the technical definition of a recession. The last time Japan suffered a recession was in the second half of 2015.

"The fall in output in the first quarter suggests the spread of the virus had already dealt a significant blow to economic activity in March with much worse to come in [the second quarter]. A double-digit fall in GDP is in the pipeline this quarter," Tom Learmouth, Japan economist at research firm Capital Economics, said in a note sent to Al Jazeera.

The coronavirus, which first emerged in China late last year, has ravaged the global economy as many nations went into strict lockdowns to curb the outbreak that has so far killed more than 310,000 people worldwide. The pandemic has disrupted supply chains and businesses, particularly in trade-reliant nations such as Japan.

Indeed, the fallout of the virus on corporate Japan was telling with exports diving 6.0 percent in the first quarter, the biggest decline since April-June 2011.