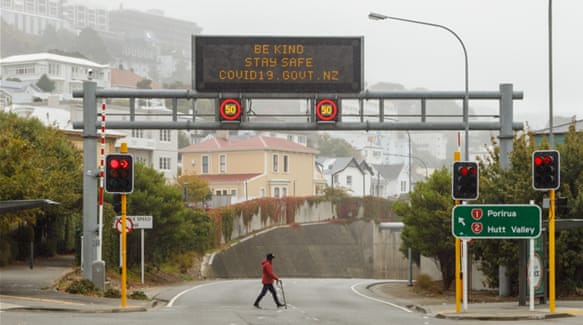 Germany's economy contracted in the first quarter at its sharpest rate since 2009 with worse expected by mid-year, as coronavirus lockdowns ravage business activity. But Europe's largest economy is weathering the fallout from the pandemic better than other EU states where outbreaks have been more disruptive.

The 2.2 percent drop in quarter-on-quarter output was the widest since the financial crisis a decade ago and the second biggest since German reunification in 1990, Germany's federal statistics office said on Friday.

Data for the final three months of 2019 was also revised down to show a slight contraction, officially pushing Germany into a recession defined as two consecutive quarters of negative economic growth.

Like almost all European Union states, Germany did not go into lockdown to slow the spread of the virus until around mid-March, so the bulk of the impact of those curbs will only become apparent in second-quarter data as sectors like tourism, and bars and restaurants, remain shut.

A 10 percent economic contraction is widely forecast for that period, though "the exact extent of the slump depends in part on the easing of restrictions on public life," said statistics office official Albert Braakmann.

"If today's data are the result of two weeks of lockdown, three more weeks of lockdown and a very gradual lifting of some measures do not bode well for the second quarter," ING's chief economist for the eurozone, Carsten Brzeski, said.

That picture strengthens expectations that Germany is facing its deepest recession this year since World War II.

Prospects are even worse, however, for peers including France and Italy where, respectively, coronavirus deaths top 27,000 and 31,000 and the economies contracted by 5.8 percent and 4.7 percent in the first quarter.

In Germany, an early and widespread testing programme and a robust healthcare system have - despite a broadly similar number of overall cases - helped keep deaths linked to COVID-19 below 8,000, according to a Reuters tally.

The country's 16 states also chose to allow factories and building sites to stay open, and data earlier this month showed construction - which accounts for almost 10 percent of the economy - expanded by 1.8 percent in March.

Most shops have reopened since the end of April, when lockdown restrictions were eased.