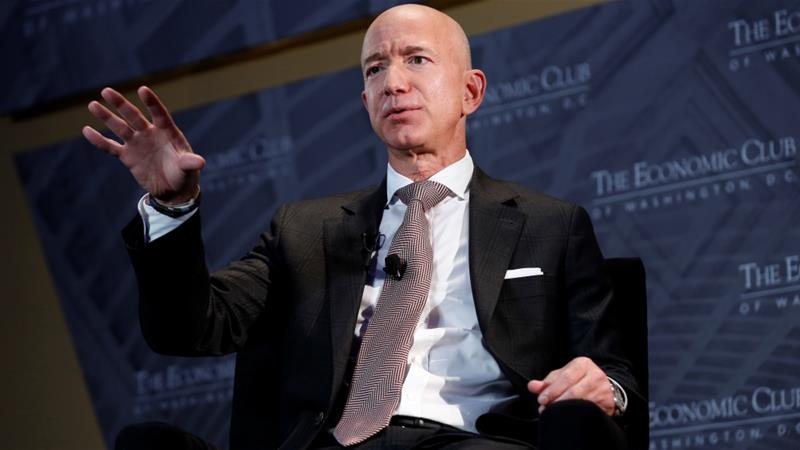 Corona increases the wealth of some American billionaires

A new report published by the Institute for Policy Studies IPS showed that the wealth of American billionaires, such as: Amazon founder (Jeff Bezos), and Tesla's president (Elon Musk), rose by almost 10% during the emerging coronary virus (Covid-19) pandemic (COVID-19).

The report pointed out that the increase in wealth of American billionaires came while some 22 million Americans are going to remain without work. Even as the economy faced the widest recession, the shares of companies whose use has increased, such as: implementing video conferencing (Zoom), has increased in quarantine, thus increasing the wealth of the founders of these companies.


"This is a pandemic story, with a very unequal sacrifice," said (Chuck Collins), one of the co-authors of the report. The report stated that during the period from January 1 to April 10 this year, 34 of the country's richest billionaires witnessed an increase in their net worth by tens of millions of dollars.

According to the Institute of Policy Studies report, eight of these billionaires, including Bezos, founder of Zoom (Eric Yuan) and Musk, saw a billion-dollar jump in their net worth.

Musk holds about 18.5% of Tesla shares, which have risen more than 73% since the beginning of the year. While Bezos owns about 15.1% of the shares of Amazon, which increased its shares by nearly 31% during the current year with the rise in online orders on its platform due to the people staying in their homes.

In the past decade, the wealth of US billionaires has jumped 80.6% after adjusting for inflation, the report added.