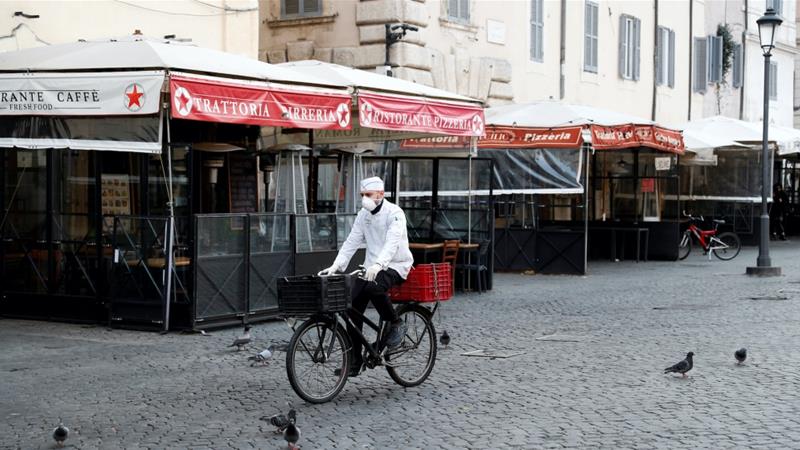 Seventy percent of people in Canada, France, Germany, Italy, Japan, the United Kingdom and the United States expect their household to lose income due to the coronavirus outbreak, according to a survey on Wednesday.

The highly contagious coronavirus has caused entire regions to be placed on lockdown, halting services and production and breaking supply chains.

In Italy, which has borne the brunt of the outbreak in Europe, 82 percent of respondents to the Kantar survey said the coronavirus has or will impact their household income - the highest of the Group of Seven (G7) countries - compared with 74 percent in the US and 70 percent in the UK.

The country expecting the least financial impact was Germany.

In the UK, just 28 percent of people said they had started working from home more often, and only a little over half said they were avoiding visits to elderly and vulnerable relatives and friends where possible.

The online survey was conducted last week - before the British government announced it would enforce its advice to stay home.

In all G7 countries, most people surveyed said they were washing their hands for longer.

Japan had the highest number of people who said they had started wearing a mask (65 percent) but the lowest number of people doing all other measures listed in the survey, such as social distancing, washing hands more and avoiding unnecessary social contact.

In Germany, Canada and the UK, more than half the people thought that public services in their country were prepared to cope with the epidemic and its consequences.

The country with the least confidence was France, where only 33 percent thought the country could cope.

Italy, which has so far seen more than 6,800 deaths, had the highest number of respondents saying they were "very concerned" about the health of their local community, the availability of local health services and care for the elderly and vulnerable.

But Italy also had the highest number of people who strongly approved of the way their government was responding to the pandemic, at 39 percent. Japan had the lowest number of people in this category with 5 percent, followed by the UK at 17 percent.