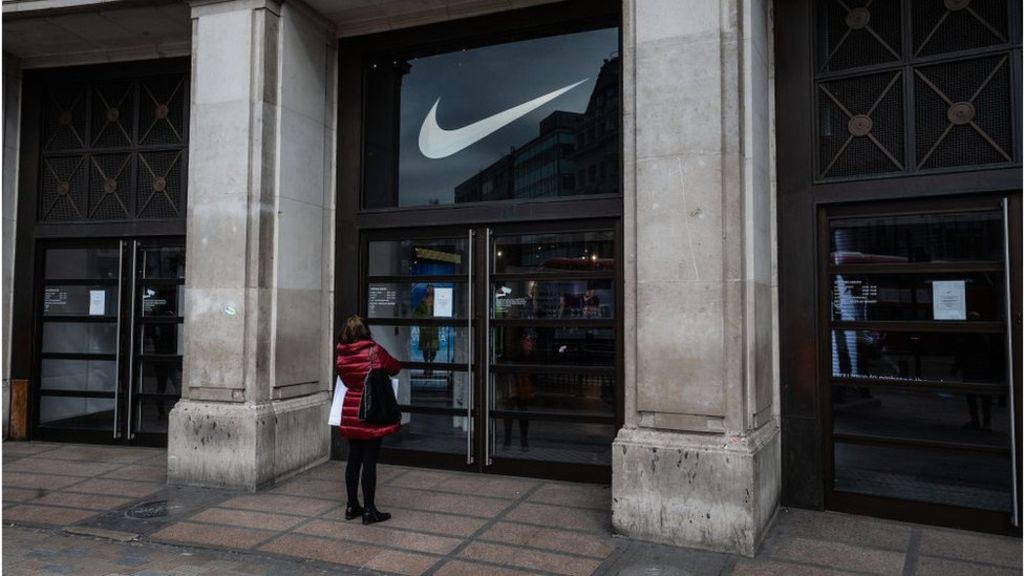 Sportswear firm Nike has seen online sales rise by more than 30% in China as it rides out its coronavirus store shutdowns.

The US firm has shut the majority of its stores globally, but says 80% have now reopened in China.

"We expect the next several weeks to be a challenging period," said Nike chief executive John Donahoe, talking about the US and Europe.

He hopes Nike can use the lessons learned in China to navigate its Western market shutdowns.

Nike reported a 5% drop in Chinese sales to $1.5bn in its last financial quarter, which runs to the end of February. It was the first decline in China for the company in almost six years.

But it has seen strong online sales, rising by 36% during the quarter. It hopes this trend will help cushion a fall in sales from store closures.

Nike also saw an "extraordinary rise" in its personal training apps in China, designed for home workouts. User activity was up 80% as China faced a national lockdown with residents staying at home.

The sportswear firm said it would push on with some new product launches originally intended for the Olympics "when the time is right". Nike has been promoting its sustainable footwear, made from recyclable materials.

On Tuesday the IOC announced it was postponing the Tokyo 2020 Olympic and Paralympic Games until next year because of the worldwide coronavirus pandemic.