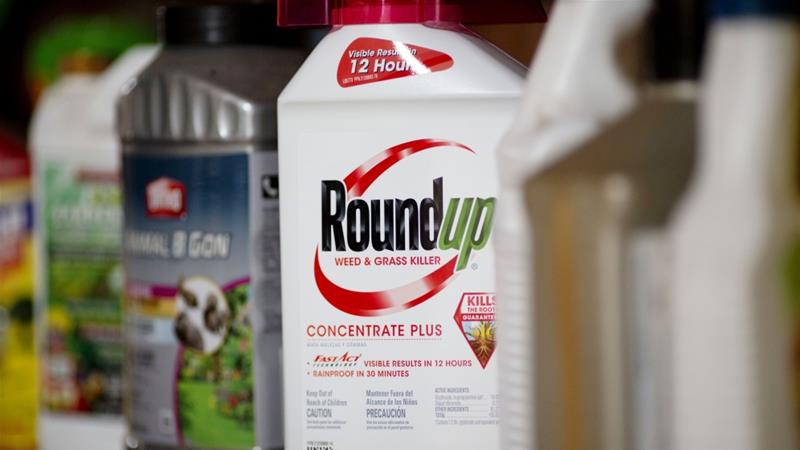 Bayer AG has asked a California appeals court to overturn an $86m verdict that found it was responsible for a couple's cancer caused by its glyphosate-based weedkiller, Roundup.

In a Friday night filing with the California First District Court of Appeal in San Francisco in the United States, the company said the jury's verdict could not be reconciled with either the law or sound science.

The May verdict by a California jury drew nationwide attention for its massive damages, with the jury awarding more than $2bn to Alberta and Alva Pilliod, who sprayed Roundup on their property for more than three decades to destroy weeds.

The trial judge later reduced the damages to $86m.

Bayer in a statement on Monday said that US regulators had consistently found glyphosate to be non-carcinogenic and that during the trial, the Pilliods' lawyer repeatedly violated court orders in an attempt to inflame jurors.

The company denies the allegations made by more than 42,700 plaintiffs in the US, saying decades of studies have shown Roundup and glyphosate are safe for human use.

The US Environmental Protection Agency, which oversees the regulation of herbicides, in January reaffirmed the safety of glyphosate.

A lawyer for the Pilliods did not immediately respond to a request for comment.

Bayer, which acquired Roundup manufacturer Monsanto in a $63bn deal in 2018, to date has faced three juries over claims that Roundup causes cancer. It lost all three trials, resulting in a shareholder revolt and a roughly 20 percent drop of its stock price since the first verdict in August 2018.

Bayer has already appealed the other two verdicts, but it is unclear when courts will issue rulings in those cases.

Since July 2019, the company and lawyers for the plaintiffs have been engaged in settlement talks under the leadership of mediator Ken Feinberg.

Feinberg in January said Bayer could be close to settling what he estimates are around to 75,000 Roundup lawsuits, but cautioned the negotiations were complex and difficult.

To avoid distractions and aid in settlement talks, at least six scheduled jury trials have been postponed in recent months and Feinberg has asked a federal judge overseeing the bulk of the Roundup cases to postpone all legal deadlines by one month, a Friday court filing showed. Some analysts said the postponement could mean a comprehensive settlement was near.