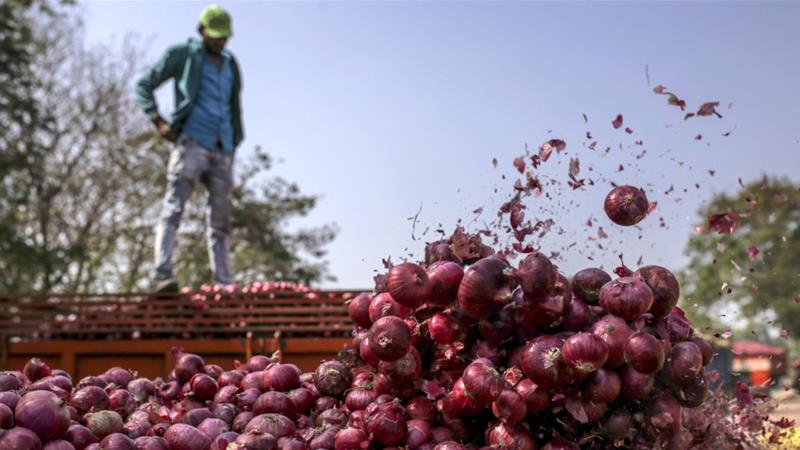 China's consumer inflation hit a more than eight-year high in January as government restrictions on movement to stem the spread of the new coronavirus drove residents to stock up on essentials.


China's consumer price index (CPI) rose 5.4 percent in January from a year earlier, according to data released by the National Bureau of Statistics (NBS) on Monday. It beat the 4.9 percent rise tipped by a Reuters poll of analysts and a 4.5 percent rise in December, and was also the fastest acceleration since October 2011.

The NBS, in a commentary on the data, attributed the acceleration in consumer prices to the Lunar New Year holiday, the coronavirus outbreak and a lower base from last year. Food prices surged 20.6 percent in January from a year earlier while pork prices more than doubled.

"We believe the coronavirus outbreak may keep CPI inflation above 4 percent (year on year) in the first half of 2020 due both to hoarding by households (e.g, food and other supplies), disruptions to transport and supply shocks as a result of those lockdowns," said Nomura analysts after the data release on Monday.

The virus has killed more than 900 people in China and across the globe.

Meanwhile, China's producer price index rose 0.1 percent from a year earlier, in line with expectations tipped by a Reuters poll of analysts and reversing a 0.5 percent drop in December.

Analysts attributed the rise to improving activity in the industrial sector at the end of last year, buoyed by a trade truce with the United States and government stimulus, which finally appeared to gain traction.

However, those gains are not expected to be sustained amid growing economic headwinds from the coronavirus.

"Notwithstanding different coronavirus scenarios, we maintain our view that China's mini-cycle recovery will be delayed, but not derailed," said economists at Morgan Stanley in a note to clients on Monday.

Morgan Stanley estimates that the coronavirus could slash up to 2 percentage points off China's first-quarter growth if factory suspensions nationwide would continue beyond February.

The epidemic, which originated in the central China city of Wuhan, has infected more than 40,000 people in the country, forcing Beijing to extend holidays in key manufacturing bases and impose severe controls in the largest cities.

Movement of goods and people has also been severely disrupted, with some firms including South Korea's Hyundai Motor and Japan's Nintendo expecting significant disruptions in their supply chains.

This has prompted some economists to drastically lower their gross domestic product growth estimates for the first quarter and the full year. Beijing is mulling slashing its 2020 growth target of approximately 6 percent and readying fiscal and monetary stimulus to counter the effects of the outbreak, policy sources have told Reuters News Agency.