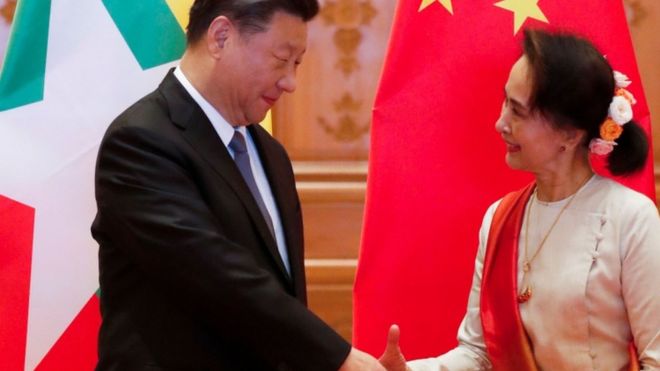 Chinese President Xi Jinping said on Monday that the government would prevent large-scale layoffs resulting from the coronavirus outbreak, Chinese state television reported, as Xi appeared among the public for the first time since the epidemic erupted in January.

The virus, which has killed more than 900 people, has exacerbated a slowdown in the world's second-largest economy. Provinces in China that account for some two-thirds of the nation's economic output were effectively closed last week as authorities extended the lunar holiday by 10 days in an attempt to contain the virus.


On Monday, the extended holiday officially ended and though some are returning to jobs or working remotely, many businesses are still closed as the country remains on high alert.

Capital Economics has cut its first-quarter annualised economic growth forecast for China from five percent to three percent. It has also warned that the outbreak could cost the global economy $280bn in the first three months of the year, ending 43 straight quarters of growth.

On Monday, the chairman of The We Company, parent of WeWork, said in an interview with business network CNBC that the office-sharing startup has temporarily closed 100 buildings in China due to the outbreak.

China state television reported Xi as saying that China will strive to meet its economic and social targets for the year and make economic adjustments to minimise the impact of the virus.

The Chinese leader has largely kept out of the spotlight during the outbreak, while Premier Li Keqiang - who has visited Wuhan city, where the outbreak started - has taken the lead in government efforts to end the crisis.

Xi inspected efforts by community workers in Beijing to contain the virus, visited a local hospital that offers treatment to coronavirus patients, and video-chatted with front-line medical staff in Wuhan.

"We must have confidence that we will eventually win this battle against the epidemic," Xi told medical staff during the visit to Beijing Ditan Hospital.

Wearing a surgical mask, Xi had his temperature checked by a community worker and waved to residents in their apartments, according to footage from state broadcaster CCTV.

He said the government would take more decisive measures to curb the spread of the coronavirus in Wuhan and the surrounding Hubei Province.