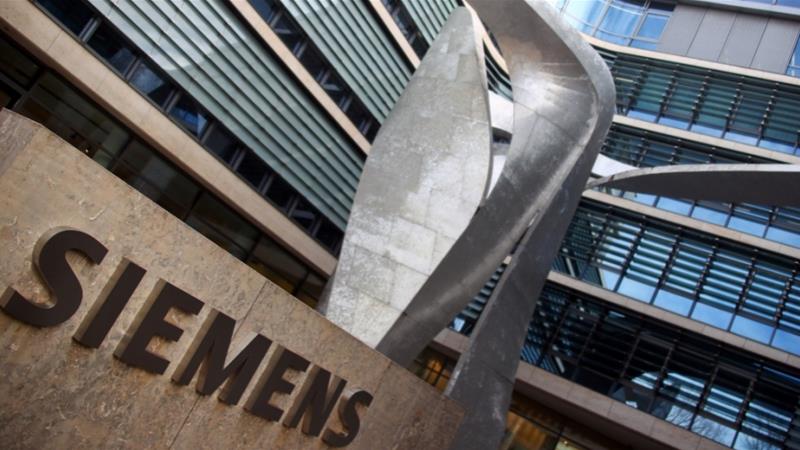 Siemens was awarded a contract last year to provide signalling technology for a railway line to transport coal from a remote coal mine run by India's Adani Group in northern Queensland state.

The German company had said it would decide by Monday on its involvement in the project.

On Saturday, teenage climate activist Greta Thunberg called for Siemens to review its role in the project.

"There is practically no legally and economically responsible way to unwind the contract without neglecting fiduciary duties," Siemens Chief Executive Joe Kaeser said in a statement.

Local and federal governments approved the project based on the Environmental Protection and Biodiversity Conservation Act 1999 as well as hundreds of pages of environmental impact statements, Siemens said.

Environmental groups have harshly criticised the Australian government's support for the coal industry, blaming it for contributing to climate change and, in turn, the bushfires ravaging parts of the country.

"Siemens has given itself an enormous kick in the guts today. It has made a disastrous decision for its own reputation and its hollow commitment to the Paris agreement goes to the heart of that," David Ritter, Chief Executive Officer of Greenpeace Australia Pacific, told Al Jazeera, referring to the 2015 Paris climate agreement.

"The development of the Adani coal mine is completely inconsistent in spirit with the Paris agreement. So it beggars belief that Siemens can actually think it is committed to Paris while it is supporting the construction of this coal mine," Ritter said.

Siemens said it had pledged to achieve carbon neutrality by 2030 and it fundamentally shares the goal of making fossil fuels redundant over time.

"While I do have a lot of empathy for environmental matters, I do need to balance different interests of different stakeholders, as long as they have lawful legitimation for what they do," Siemens' CEO Kaeser said.

"We should have been wiser about this project beforehand. Now, we need to be a supplier who sticks to its commitments as long as the customer stays on legal grounds, too. Because being a company which is not a reliable source for its customers is simply not an option."

Adani said it was pleased to be working with Siemens and that it would not be "intimidated or deterred" from delivering on its promises of jobs for locals and coal for developing nations.

Environmental activists slammed the decision and pledged to continue their protests, concerned the continued use of coal will lead to higher emissions of carbon dioxide, a gas which is linked to global warming.

"If Siemens' board thinks this is the end of the conversation, they're kidding themselves," said Julien Vincent, executive director of environmental advocacy group Market Forces in Melbourne.

"Siemens will face huge public opposition at its [annual general meeting] on the 5th of February and will have to explain to its shareholders why becoming part of the most reputationally risky projects in the world is in the company's best interests," he said in a statement.

A protest group that has disrupted the operations of companies linked to Adani's mine said they would target Siemens.

"Siemens' expertise is vital to the Adani coal railway and there is too much at stake to give up," said Galilee Blockade spokesman Ben Penning.

"Citizens will escalate their protests until Siemens listen to the science and choose the right side of history."