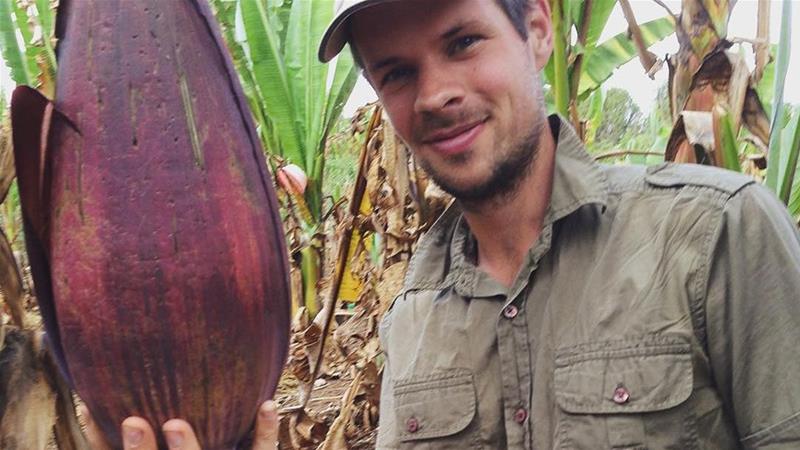 'Banana on steroids': A potential life saver for warming world

Described as "a banana on steroids", enset may be the superfood you've never heard of, let alone tasted, but scientists say it could be a lifesaver for a warming world.

The plant, which grows up to 10 metres (39 feet), is a staple for 20 million people in the Ethiopian highlands who turn it into bread and porridge, construction materials, packaging, cattle feed, and medicine.

"People are saying this is a new wonder crop," said James Borrell, a scientist at London's Royal Botanic Gardens, Kew, which is researching the plant's potential.

"It's amazingly resilient. It's said to be very drought tolerant and we're trying to test that," he told the Thomson Reuters Foundation.

Enset, which has been dubbed "the tree against hunger", was among a shopping list of unusual ingredients spotlighted by leading London chefs at an event on Wednesday night organised by Food Forever, an initiative promoting food diversity.

Although a close relative of the banana, enset's orange fruit is full of bullet-like seeds and inedible.

Instead, starchy tissue from the trunk and giant underground corm - the bulbs can weigh up to 100kg (220 pounds) - is turned into a pulp and buried in a pit to ferment before being made into a chewy flatbread called "kocho".

Yeshak Fantu, who runs an Ethiopian restaurant in London, described kocho as "the fish and chips" of his home region and said enset had helped stave off hunger during drought.

Borrell said the plant was a "really exciting part of the mix" for food security under climate change because it grows in a huge range of conditions - "from baking to foggy and freezing cold" - and can be harvested any time.

This means it could provide back-up in case of seasonal gaps in other crops, pest infestations, disease or erratic weather.

"It's like an insurance policy," he said. "In a lot of the world, you can have enough food for 50 weeks of the year, but imagine you had none for two. That's still a massive problem."

Planting enset as a buffer crop for lean times could reduce the potential for conflict and avoid the need for aid, he added.

Although enset grows wild from Ethiopia down to South Africa, it has only been domesticated in the Ethiopian highlands, which has mystified researchers.

Scientists, who are now DNA-sequencing hundreds of varieties, hope enset could boost food security in other countries, such as Zambia and Malawi.

"We are really interested in trying to identify the varieties that grow in the hottest and driest conditions so that in the future we can help farmers adapt," Borrell said.