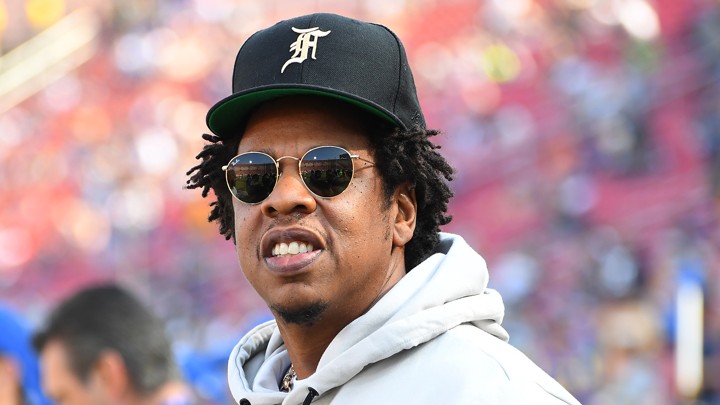 American hip-hop artist Jay-Z has filed a lawsuit against a small Australian retailer over the use of his name and lyrics in its products.

The Little Homie is an online retailer selling "hip-hop inspired" clothing and books.

The artist, whose real name is Shawn Carter, claims the firm has breached his intellectual property, including in a children's book titled AB to Jay-Z.

The book draws on lyrics from his hit song 99 Problems.

An advertisement for AB to Jay-Z reads: "If you're having alphabet problems I feel bad for you son, I got 99 problems but my ABC's ain't one!"

The song lyrics are also referenced on the back cover of the book, which teaches letters by referring to the names of other famous rappers including Snoop Dogg and Biggie Smalls.

The Little Homie did not immediately respond to requests for comment.

Mr Carter filed the lawsuit with the Federal Court of Australia on 22 November.

It claims the company traded on his likeness and infringed the copyright of the lyrics to 99 Problems, according to the Australian newspaper The Age.

The Age reported that Mr Carter's lawyers requested the retailer stop selling the products in 2018, but the situation remained unresolved.

It said the business continued to "deliberately and knowingly" use his likeness in a "flagrant, glaring" way.

Mr Carter's lawyers also did not immediately respond to requests for comment.