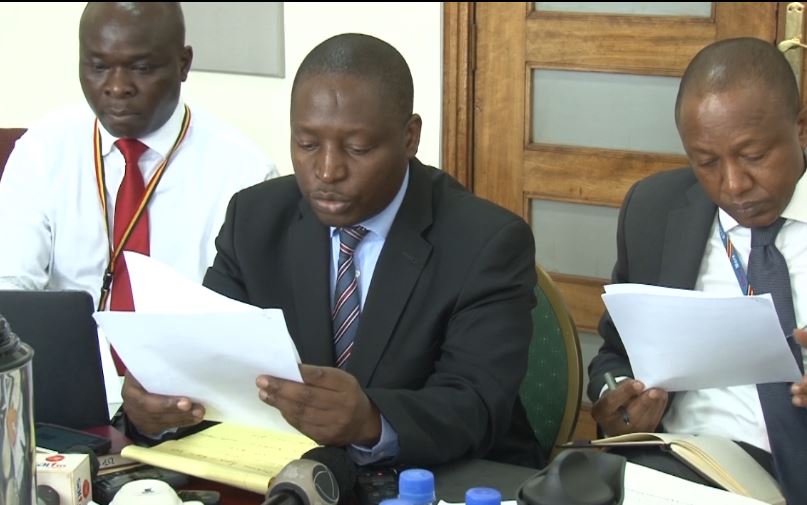 Budget Committee in Dilemma as Minister Present Budget with Irregularities

Minister of state for planning and economic development David Bahati was tasked to explain the errors on the budget framework paper he presented before the budget committee. The committee chairperson Amos Lugoloobi cited various errors, which came about because of the variations in soft copy and appropriation bill.

This has left the committee in dilemma, as it did not have the right figure to consider before making a report.

However, the minister who was appearing together with director budget Kenneth Mugamba latter asked the committee to excuse them to make further consultation.

This has shocked the MPs including Butambala county MP Muwanga Kivumbi and Buliisa County MP Steven Mukitale. The committee also heard from the commissioner general of URA Doris Akol who presented a document demanding the committee to approve Shs105b for the commission to introduce digital stamp.

Details
By Grace Ssegirinya
May.22