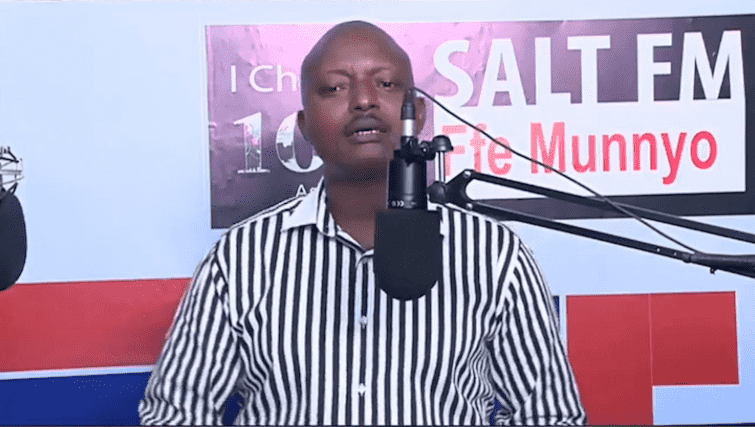 Pr. Bujjingo warned believers against politicians, as he pointed that no politician on earth has ever or will ever put bread on their table.

The pr. said that most of the politicians spread only negative messages and only come out to lure the public ands to say what they want the people to hear but not what they need to hear.

As he preached during the Sunday service, Pr. Bujjingo said that Ugandan politics has turned commercial, as most of the politicians are opportunists who look at the monthly salaries and the allowances instead of service delivery, which is absurd.

He encouraged the believers that were listening and watching him via the salt media platform to pay lees attention to discouraging remarks and information that sprout from different people because it is only God who understands the source and the end of every matter.

Regarding those who in fear and panic over the current COVID-19 pandemic, the pastor urged not to lose heart because the same God who saw them through the past months will continue to support them

Pr. Bujjingo opposed the idea of denying the old and infants from accessing the worship centers as the government reopens churches, about this he said that no one has the right to judge who will contract the COVID-19 and who won’t in the event church members are affected during the service.

He further cautioned president Museveni in regards to the misleading religious leaders who are on the matters of reopening churches, who will in the end see the president become more and more unpopular among his voters and people the he leads.

Finally Pr. Bujjingo called upon believers to take part in the 14 days of prayer and fasting that will see the power of God work in their lives.