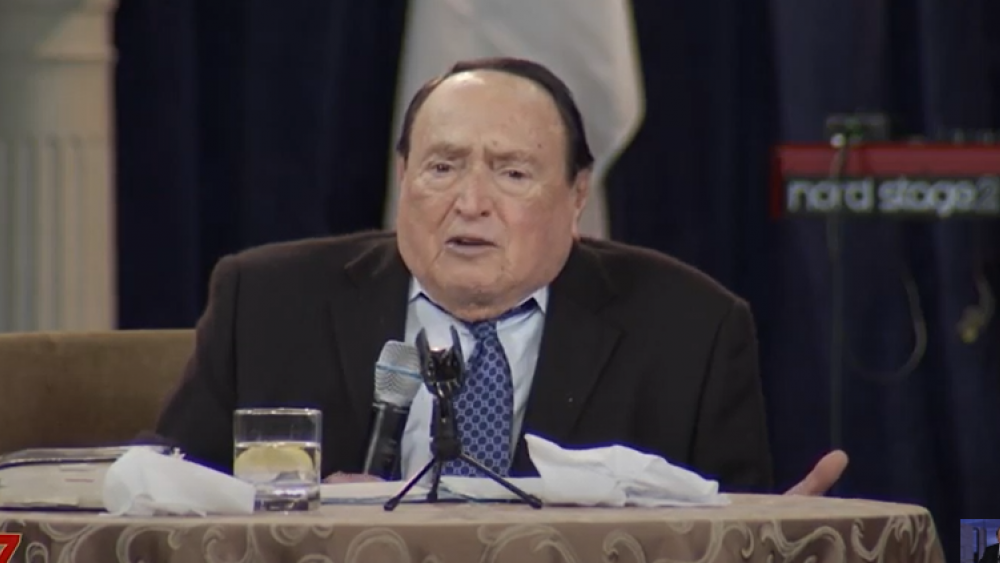 He preached across the world, including in Brazil, Mexico and Nigeria and was passionate about training young pastors, with his website saying by the end of his life he had trained 5 million Christian ministers.

He was married for 69 years and had nine great grandchildren, after growing-up as an orphan himself.

Born in 1931, Cerullo was raised in a Jewish orphanage in New Jersey and became a Christian through a nurse there.

He began church ministry in his teenage years and at the age of 17 received a scholarship to a Bible college in New York. When he was 23 he held his first overseas outreach event in Greece.

He was ordained by the Assemblies of God as an evangelist minister in 1952.

Not without controversy, he resigned from the UK Evangelical Alliance in the 1990s after they nearly booted him out for offering miraculous healing to disabled people.

Healing was a large part of his ministry, with one woman dying after an event - having thought she had been healed. She hadn't taken enough medication.

Southwark coroner Sir Montague Levine said: “It is a tragedy that she went to this meeting and thought she was cured of everything. Sadly, it led to her death.”

Dr Cerullo said his crusade to London had been a success and that he had received 746 testimonies from people saying they had been cured of various ailments after attending the rally.

However, he was hugely popular among many church leaders who credit him with their growth.

Regarding the news of his death, preacher Benny Hinn wrote of Morris Cerullo: "I can’t begin to imagine what my life would have been without the precious times I spent with “Papa.” I’ve never met anyone who was more on fire for the cause of Christ. The intensity of the flames that burned in his heart for the lost was contagious, and I never walked away from spending time with him without my life changed forever."